Arizona, July 5, 2022 - (ACN Newswire) - Metabook announced today the launch of a Web3 rating system and is launching an influencer program, aimed at returning hope to the crypto ecosystem.

For that purpose, there is the first Ranking of Web3 leaders fighting against the wrong statements about "crypto winter", and an XR program with the tagline "Ikonic. Own the moment", with fan art contest dedicated to Johnny Depp. Depp was fighting the lies, and Web3 leaders do the same.Metabook has created infrastructure, to be used for Web3 Reserve system that is the hedging mechanism for partners of our Sharing Economy. The Metabook mission is to make researches and take into Reserve pool the top rated NFTs, digital assets, to use them in XR campaigns and hedge the value. Facts show that there is no crypto winter, but a lot of patient venture capital allocated to bridge us into another bull run.Web3 Bull Run needs:- A new innovation trigger (like DeFi or NFTs) for a new form of native value.That Value Is Coming From Metaverse Format Shifting, Backed by Meta Alliance- A mass support by influencers. When influencers supported NFTs, it started booming.- Big Tech executives don't make a living off of media activities, so they can lie to the audience, when it is in their interest. Now, their interest is to replace the old workforce, and they tell us about "signs of recession, Winter".According to CB Insights, there are now 1,146 unicorns, 1000 more than there were in 2016 (and about 100 have become unicorns this year).Top-20 Metaverse heroes who inspires the hope in a new innovation cycle.Thanks to Jamie Burke and other open Metaverse / Web3 leaders. There is Metabook top-20:1. Tal Eliashiv. Managing Partner at SPiCE Venture Capital2. Bill Tai, Metagood founder3. Matthew Ball. www.matthewball.vc/the-metaverse-primer4. David Namdar. www.davidnamdar.com/portfolio5. Jamie Burke (and the entire Outlier!)6. Chris Hitchen. He invested in more than 100 startups and worked as venture partner with VC funds EQT Ventures, Project A and SquarePeg Capital prior to establishing Inventures, the Inventures Collective and now Possible Ventures.7. CZ. Binance founder8. Hrish Lotikar. CEO at SuperWorld. Ex-Global Evangelist at Toptal (backed by Andreessen Horowitz, this company now is hiring thousands of IT/marketing profs).9. Sandeep Nailwal, Polygon founder10. Alesis Ohanian, Reddit founder, his new fund is focused on this area.11. Brendan Wallace12. Brendan Blumer13. Bryan Feinberg, Plato / W3 Networks14. Tomasz Tunguz, Redpoint15. Kathryn Haun16. Gigi Levy-Weiss, NFX17. Jeff Jordan (Andreessen Horowitz)18. Fabrice Grinda19. Niko De Jonghe20. Sheridan Tatsuno.Metabook will return Johnny Depp, to return the hope to the marketMetabook's Rating Methodology, based on Cycle of Market Emotions, has the answerto the market crash situation.Toxic people. They make problems for good people. It is right in the Depp - Heardcase, it is right in the markets crash situation.Metabook's public appeal to Mark Andreessen: Why don't you embrace a bold PRstrategy, like Johnny Depp, defeating the dominant public opinion, directed by toxicmedia?About Metabook:The Metabook is an International Metaverse blockchain platform, aimed at doing crowd ratings and decentralized distribution of innovative technologies from these ratings.Metabook platform is a community-driven Reputation platform: top rated digital assets will be taken into a Reserve pool, to share the benefits with the community."Ikonic. Own the moment"https://www.facebook.com/MetabookHealth/Source: Metabook.Digital 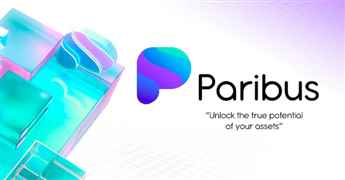 Scarce Enterprise MicuRx Pharmaceuticals is Listed on the STAR Market

Panamax Excited to be at Fintech Summit Latam 2022

Ruicycle Raises Over RMB 300 Million from Series B

A business listing on the USA online network is different in many ways from other listing or directory sites.

A listing on any of our 925 city or town portals or nearly 18000 smaller towns’ subsites brings you some unmatched advantages like:-

Enter your City name or Zipcode